There was a bit of a trade in Silurian body parts last year - it seems Tetraps are in this year! 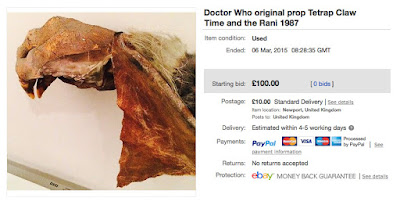 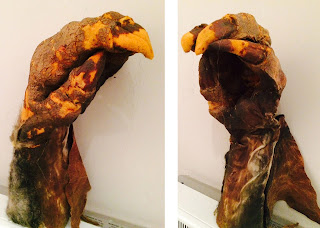 Bought from the Bonhams Doctor Who auction 2010 part of lot 89. A Tetrap costume.

The Tetraps were the hired bat like thugs used to enforce the Rani's will as she terrorised the planet Lakertya.

The inside of the claw is inscribed 'Urak' being the chief Tetrap.
This claw could be one of the last things to touch the Sixth Doctor / first to touch the Seventh in the famous Regeneration scene.

Moulded and painted latex, with faux fur, and even part of the leather wings.