Gallifrey One 2014 -
Kandyman THE REVEAL! 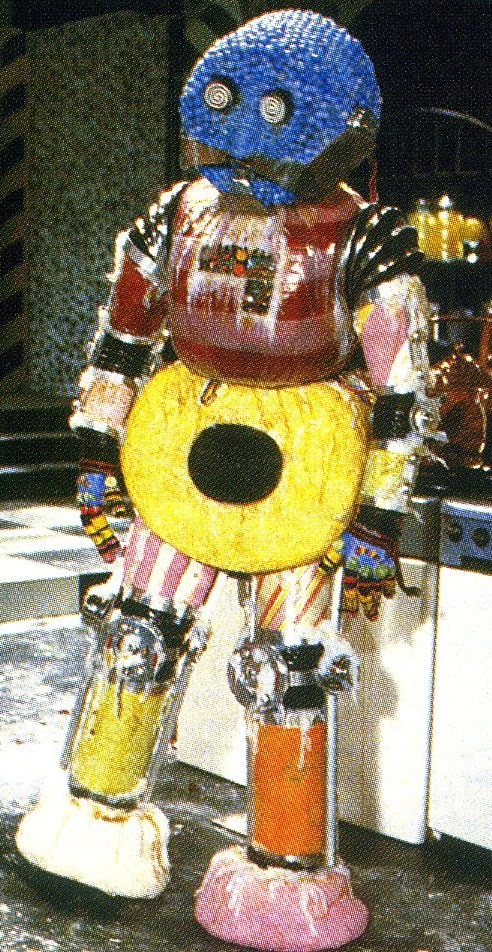 My friend Kevin Coppa, who I made the Ultimate Tennant Suit for, has always been a fan of the Kandyman - don’t ask me why.
For several years now he’s wanted to build his own costume to wear at Gallifrey One and this was gonna be the year he did it.

Sadly though a variety of bad luck and ill health he had to put his plans on hold, meaning he would miss yet another chance to surprise everyone with his planned Kandyman costume.

Well, the liquorice boot was on the other foot, as a number of his close friends, myself included, colluded to build him his Kandyman suit as surprise - only revealing it to him on the day before Gallifrey One kicked off. 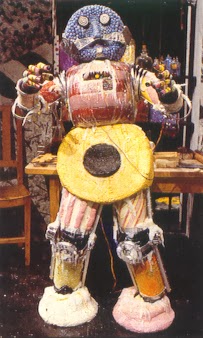 I provided the measurements used to make his suit, which were passed to Malaki Keller, who is an absolute GENIUS with sheet foam. He was the brains behind the build.

The reveal was made under the guise of a rehearsal for one of Bob Mitsch’s sketches and I kept Kevin out of the way until the were set and ready. I walked through with him, and videoed his reaction.

I leave you to watch his stunned face when he realises
(1) they have built the Kandyman;
(2) they want HIM to wear it; and
(3) it is for him to KEEP.

I found this item for sale on eBay. 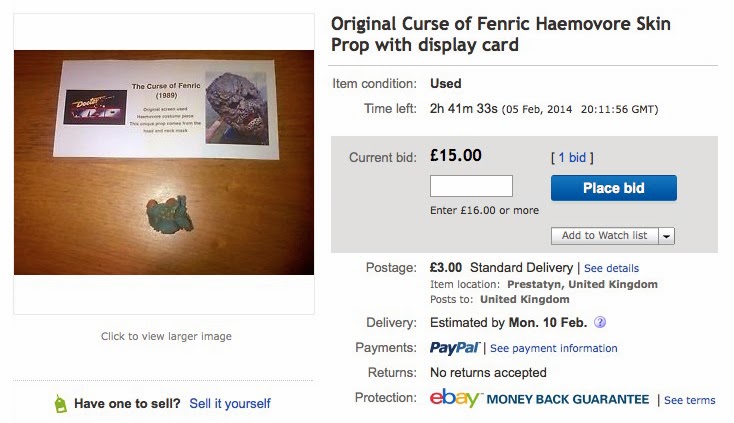 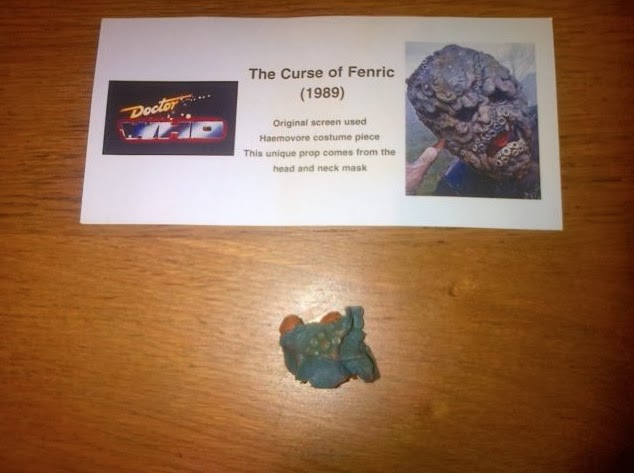 Here is a great chance to own a piece of an original screen used costume.

This piece of skin comes from an original Haemovore costume sold at the famous Bonhams auction of February 2010. This piece of skin was carefully removed from the rest of the costume after it became loose. Complete with a display card its a must for all Dr. Who fans. I had planned to get this framed, but I do not have the time. When framed it would look stunning.

The skin is 100% guaranteed original.

READ MORE
Posted by Steven Ricks Tailoring at 17:38 No comments: