My good friend Bob Mitsch in the US has released the latest episode of his Costume Station Zero podcast!

This time Bob is joined by Chris Pocock and John Walker, the webmasters of classicdoctorwhoprops.com to talk about their impressive collection of original costumes and props.

They own the complete screen-worn Colin Baker costume I have used to create The Ultimate Six Frock Coat. 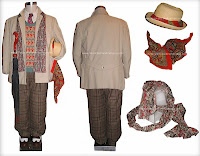 Posted by Steven Ricks Tailoring at 19:45 No comments:

Over the past couple of weeks there has been a small flurry of original Seventh Doctor Props and costumes for sale on eBay. It’s been like a mini Bonhams auction!

Here’s what’s been on offer. 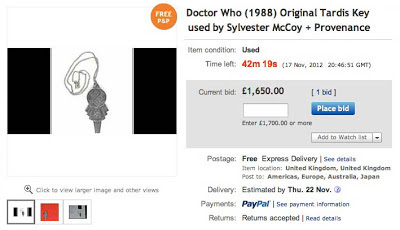 Original Tardis key used by Sylvester McCoy as the seventh Doctor during the 1988 season of Doctor Who. 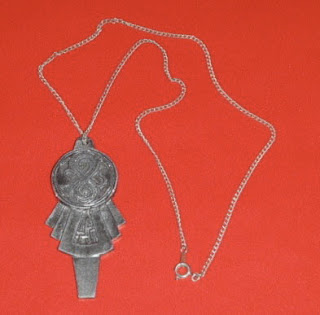 Originally constructed in plastic board, moulded in silicon and finally cast in grey-coloured resin, with central symbol of the Pydonian seal, with chain,

Provenance : comes with a statement of authenticity from Mike Tucker "Miniature Effects Supervisor", confirming he made this original prop during the 1988 season of Doctor Who, was one of several made all were used at different times by the production. 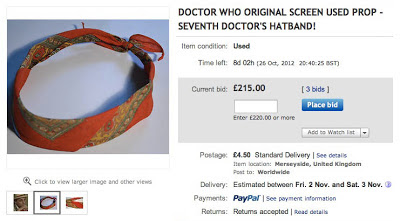 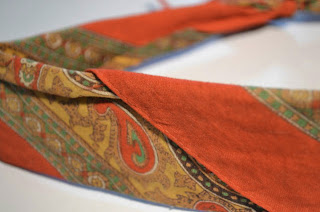 This is one of the hatbands worn by Seventh Doctor, Syvlester McCoy during his tenure as the Time Lord.

It was obtained at a Longleat auction hosted by John Nathan Turner on Sunday 1st August (I’d love to tell you which year but the accompanying sheet doesn’t say it!) where it was item number 4 to be sold. 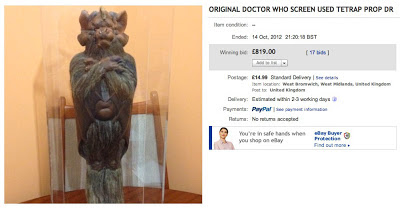 Time And The Rani
Tetrap Prop 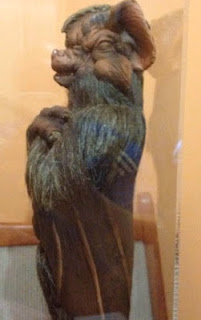 Here we have an original screen used prop from the 1987 Doctor Who story Time and the Rani, the 1st story to feature Sylvester McCoy as the Doctor. This particular prop is a miniature Tetrap, the bat-like creatures seen throughout the story. This Tetrap was used in the scenes where Tetraps were seen hanging from the ceiling of the Tetrap cave, and can also be seen on the cover of the novel of Time and the Rani. This prop is in absolutely fantastic condition, and is now over 25 years old. The Tetrap Is made from sturdy foam latex, and is covered in faux fur. The latex is in absolutely superb condition with no cracks whatsoever.
The Tetrap is about 20 inches tall, and is a perfect size for a display prop. I bought the prop directly from the owner of www.doctorwhoprops.com, the best buyer and seller of original Doctor Who props known to man, who will confirm that this prop is 100% original and 100% screen used. This is an absolutely excellent example of a typical 1980's Doctor Who prop. The Tetrap also comes with its own professionally made custom display case. I had the case made shortly after purchasing the prop, by a company called Widdowsons, and cost over £100 on its own. The case measures roughly 22 inches tall, 8 inches wide and 7 inches deep. It is made of ultra-violet resistant perspex which protects the contents of the case, and the base is wooden with a soft finish on the inside.

READ MORE
Posted by Steven Ricks Tailoring at 22:29 No comments: