As well as the auctions I have been to over the past couple of years, I have done a little digging back and found some further Seventh Doctor items from three sales from 2005 to 2007.

Lot 611
'Dr. Who': The Master's 'tissue compression eliminator' (miniaturising gun), the prop in black-painted brass with electric wiring, as used by Anthony Ainley throughout the 1980s in his portrayal of The Doctor's nemesis, 23cm (9in) long.
Sold for £1,440
Lot 613
'Dr. Who': a prop scanning device,
battery-operated, as used in the 1987 episode 'Time And The Rani' by both Sylvester McCoy and Kate O'Mara, 17cm (6½in) long

READ MORE
Posted by Steven Ricks Tailoring at 21:00 No comments: 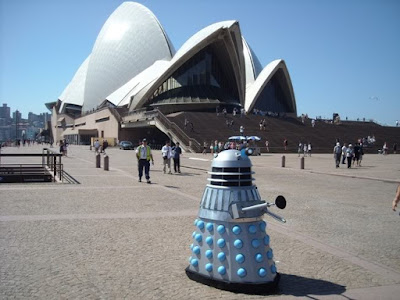