We’re a couple of months into 2013 and some original Seventh Doctor items have started to appear on eBay. Here’s what I’ve found. 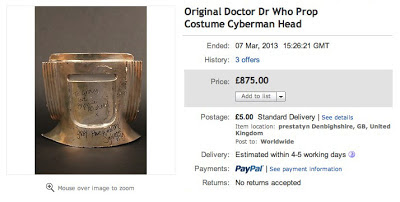 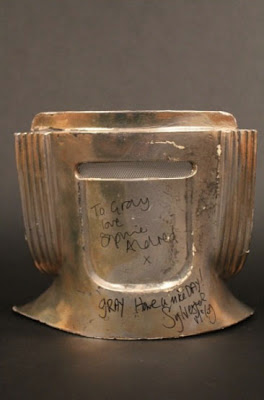 Original Cyberman items are amongst the rarest of Doctor Who props and Silver Nemesis pieces even more so. For the 25th anniversery story the Cyberman were revamped and had chrome plated helmets and chest panels, almost as soon as they started filming these started to react to the sun light and turn gold this can be made out in the on set image. After filming the costumes went back to the BBC to be used in various exhibitions at which point they were spray painted silver so almost nothing survives in its original un touched chrome plated finish.

This helmet rear section survives in its original chrome finish as it was gifted on set by Sylvester McCoy and Sophie Aldred to a crew member at which point it was signed by them. 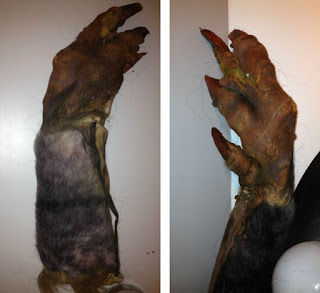 A Tetrap paw inscribed "Urak", moulded and painted latex, with faux fur.  Purchased at the Bonhams 2010 Doctor Who auction lot 87.

Posted by Steven Ricks Tailoring at 08:01