I been real busy with a number of projects recently, but at long last I have gotten around to making up some new, improved hankies.

As I outlined previously, I now have produced much better artwork for the classic red hanky, as well as the much rarer brown one.

When I did my first run of hankies I used a lightweight fabric from Spoonflower which was a Bamboo/Cotton mix. It had a silky feel and was just the right weight for a hanky.
Since getting access to the screen-used versions, I’ve found it was on a much thinner fabric.

It just so happens that Spoonflower have had supply problems with the bamboo/cotton, so have been forced to discontinue it and replace it with a Cotton Lawn, which is a much thinner, gauze-like fabric, and a much better match to the real thing.
I have therefore had my new hankies printed on the Cotton Lawn instead.

The first batch of printed fabric arrived a couple of weeks back, and I now have a good half-dozen red and a few brown hankies ready for dispatch if anyone is interested!


The Red Hanky
The classic red hanky has come out pretty well, considering. Spoonflower does have some colour-density issues, especially with reds, but that aside they have come out good.

Below is a comparison between the pattern detail on the screen-used hanky (below, left); the first version I did last year (below, centre); and the new improved version (below, right). click to see a super-sized version. 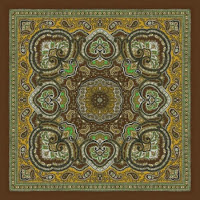 After offering a next-best option last year (a brown colourway of the existing red design - see right) it is really satisfying to present a much more screen-accurate version for the first time.
As I explained before, the size and area I have reproduced has been a compromise, but what I have done makes for a practical, useable cosplay prop.


Below is a comparison between the screen-used hanky (below, left); and the new replica version (below, right). click to see a super-sized version. 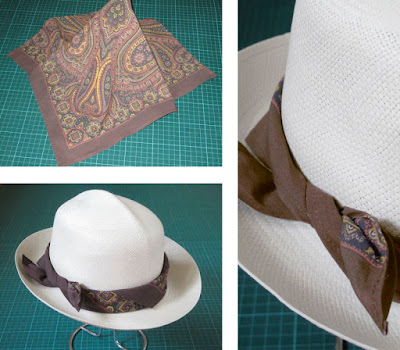 If you want to get you hands on these new improved hankies, they are priced at GB£20 each, or GB£35 for both.
Hat NOT included with any orders!

Email me at tennantcoat@me.com
and I can send you full details.

Posted by Steven Ricks Tailoring at 13:29