We seem to have had a number of sales of costumes form the Angels Costumier vaults, and yet another is planned for today, Sunday 23rd May 2010 at Cameo Fine Art Auctioneers in Midgham, Berkshire.

There are a good 230 plus items on offer, from a wide variety of productions such as Raiders Of The Lost Ark, The Fifth Element, the Star Wars prequels and  number of the Bond films.


Cameo Auctioneers
(23rd May 2010)
The Angels Film Costume Auction
Hidden in there are half a dozen lots from Doctor Who dating back as far as 1964, but here are just the ones covering the Seventh Doctor’s era. 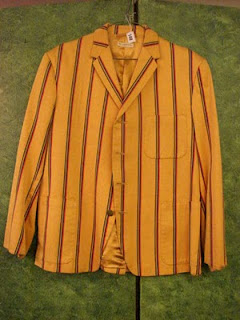 Estimate: £150 - 200
While search back though some old autions of the Cameo website, I came across a sale in March 2010 which I didn’t know about!

Again, here are just the ones from the Seventh Doctor era. 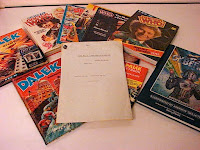 Lot 139
Doctor Who Time and the Rani 1987
A Camera script for specific shots in the episode and seven Doctor Who annuals and The Dalek Pocket Book. 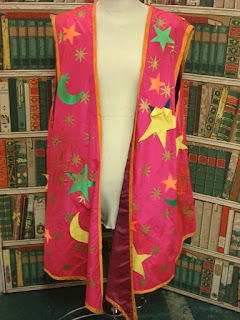 Lot 219
An entertaining space costume worn by Sylvester McCoy as The Doctor. 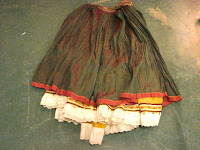 Lot 244
Doctor Who The Greatest Show in the Galaxy 1988
A Gypsy style skirt used in the episode. 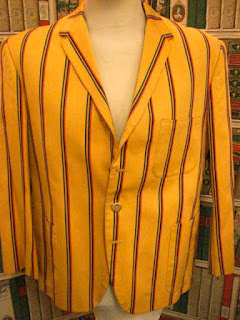 Lot 291
Doctor Who 1987. Delta and the Bannermen
Jacket used by the Holiday Camp usher's 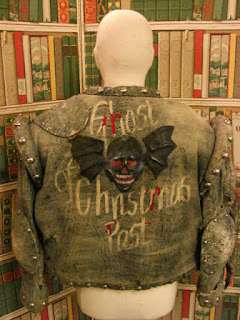 Lot 293
Doctor Who The Greatest Show in the Galaxy 1988
A Distressed Faux Leather Jacket detailed used in the episode.